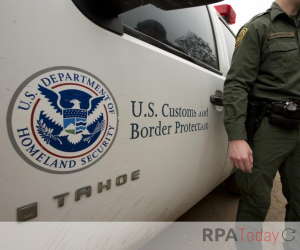 At a recent forum on digital technology in the federal government, Sonny Bhagowalia highlighted efforts at his agency — U.S. Customs and Border Protection (CBP) – to implement RPA and other workflow automation technology.

Bhagowalia is a veteran CIO at the state and federal level. He was the CIO of the state of Hawaii, the Department of the Interior and the Treasury Department. He was named CIO at CBP in February of this year. During the forum, Bhagowalia noted that CBP has deployed 110 RPA bots through its center of excellence and that the agency plans to establish an innovation hub for artificial intelligence.

CBP is following in the footsteps of other federal agencies that have become a proving ground for automation and RPA. Earlier this year, the General Services Administration produced a report called the State of RPA detailing automation efforts across the federal bureaucracy. RPA Today highlighted several agencies that were showcased in the report for being especially successful:

Department of the Treasury