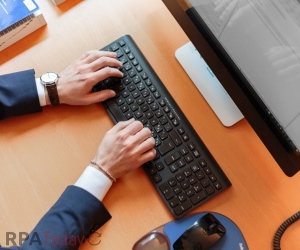 The most common returns identified by business that have committed to automation are increases in productivity and reduction in human error, according to a briefing paper from The Economist Intelligence Unit. But while The Advance of Automation: Business Hopes, Fears and Realities found more than half of the executives it polled (52 percent) are currently seeing increased productivity, only 43 percent said they expect more productivity increases in two years.

The area where companies feel they will see significantly better returns in two years compared to now is in revenue increases. While 27 percent of those polled are experiencing increased revenue due to automation now, around one third expect it to positively impact revenue in two years.

The report also looked at relative maturity of automation in different markets and different sectors. Geographically, the U.S. has seen the most extensive adoption, followed closely by other European countries. Manufacturing and financial services/insurance are the verticals that have experienced the highest adoption rates.

“The research results paint a broadly positive picture of the impact that automation is having on organizations,” the report’s authors wrote. “The operational benefits are clearly visible to business leaders, and there are expectations that it will soon begin generating top-line gains as well.”