RPA Not Likely to be Misused in Indian Vaccination Efforts 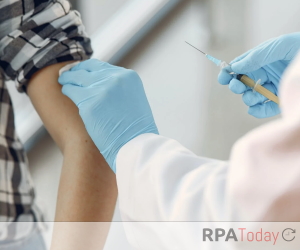 Like any technology, given enough time, bad actors will find a way to leverage RPA. According to published reports, efforts to address the unfolding tragedy in India could result in such a situation.

While much of the developed world is cautiously celebrating Covid-19 vaccination efforts, the situation in India has become so dire that the government has opened the Co-Win vaccination appointment platform to third-party developers who might help the public with improved applications that enable faster scheduling. Experts, however, are claiming programmers can use robotic process automation (RPA) to “cut the line.”

Tarun Wig, co-founder of predictive intelligence provider Innefu Labs told India Today TV that someone could create an RPA that uses the public API released by the government to automatically open the Co-Win platform, look for available vaccination appointments, and register the user. It will wait for the OTP, he said and read it from the mobile phone.

While it’s possible, Wig told India Today, a rate limit imposed by the Indian government limits the number of API calls from one IP address. He added that the government could also require developers to register for access to the API as another check on bad actors.