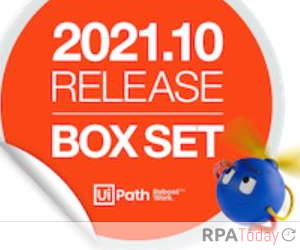 RPA technology provider UiPath has released a new version of its platform focused on delivering scale to large enterprises. The New York City-based company said its release of version 2021.10 strengthens its core capabilities while offering upgraded API-based capabilities that will help enterprises use RPA at scale.

The company said new features include Integration Service – API and UI integration enabling developers to use APIs from within UiPath Studio so they can build automations that access API and non-API apps and systems.

The new release also includes updated network endpoint security—fruits of a partnership with CrowdStrike that UiPath announced earlier in the fall.  And for developers, the company said the release includes “packages, components, and intelligent ‘assists’ that accelerate building” while making it easier to incorporate AI into their automations.

“In the enterprise of the not-to-distant future, automation serves as the connective force for the entire enterprise, providing digital joins across applications, systems, and software,” said Param Kahlon, chief product officer at UiPath. “Companies have fully embraced an ‘automation first, automation foundational’ approach to conceiving, designing, and executing processes. By bringing adjacent new capabilities together into a single place and providing seamless integration between them, we can blast through existing RPA boundaries, dramatically expanding the playing field for developers, and multiplying and accelerating automation’s overall impact across the enterprise.”