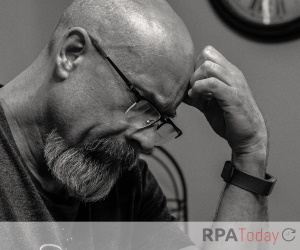 Automation again figures prominently as a top business trend, according to a new report from Forrester, but roadmaps and strategy have changed significantly in the wake of the global pandemic. Resiliency and business continuity are now the most important factors driving firms to automate and they are focused on the back office, the Cambridge, Mass.-based consultancy said in Top Trends and Emerging Technologies, Q3 2020.

In conjunction with the trend report, Forrester also looked ahead to 2021 with several predictions affecting the automation and RPA space. Companies that dabbled in automation are now looking at the technology as a mechanism for survival, said Craig Le Clair, vice president and principal analyst at Forrester.

The company expects an expansion of investment in intelligent document extraction solutions and a move toward intelligent automation suites with embedded RPA functionality supplied by a diverse market. And, while Le Clair said 30 percent of organizations will focus more on planning and testing automations in advance of deployment, a rush by many to implement automation will cause failures that draw public scrutiny and damage reputations.

That said, according to Le Clair, “just six months ago, tech and business leaders would lightly suggest automation ideas, jockey for budget, and get nods and smiles for their efforts but little commitment. Now, automation has moved to heated board-level discussions that often end with statements such as ‘If we don’t automate everything we can, we may not survive’.”