Automate the Automatable: How Federal and State Agencies are Blazing an RPA Trail for the Private Sector 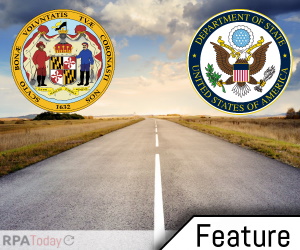 For generations, federal, state and local government agencies in the U.S. have suffered from the perception they are cumbersome, inefficient organizations that are unwilling to invest in cutting-edge technology private sector companies regularly employ in vigorous competition with one another. But that perception belies an inescapable fact: government entities have become proving grounds for automation technology—especially RPA. And, the learnings they are beginning to yield will help direct the automation initiatives of private- and public-sector organizations, alike.

One of the first lessons is that automation efforts have very real positive consequences for people—both employees of an organization and the customers or constituents they serve. The time saved by automating repetitive processes directly affects the quality of life for many employees and redirecting the efforts of those individuals impacts customer service in a tangible way, according to James Walker, CTO and evangelist for the public sector at RPA technology provider UiPath.

The ideas are there, but it is time to jump in and “automate the automatable.” Walker says establishing those first pilot tests is important because they will naturally uncover subsequent projects. Two government projects UiPath is involved in—one at the state level and one federal—illustrate sizeable starts private-sector companies can learn from.

Health Care for All Marylanders

The Maryland Health Benefit Exchange (MHBE) is a state-based insurance marketplace for citizens and small businesses based in the state of Maryland. It is the enrollment portal for 1.2 million Medicaid and 160,000 privately insured consumers. Hundreds of consumers use the portal daily to enroll in health coverage and the process to validate the biographical information they enter as part of their application used to involve verifying that information against several databases—both state and federal.

“The information (e.g., name, Social Security number, etc.) of those consumers must be validated each step of the way and kept intact during this process,” explains Elvina Moras, director of IT Policy, Operations & Quality for MHBE. “It required a lot of manual matching and it was critical that the information on these Mediaid applications was validated daily without a backlog. We had EDI analysts performing this task for four hours a day.”

MHBE worked with UiPath on an automation solution that seems simple but turns out to be pioneering.

“The State of Maryland is reaching back to two different federal agencies to check on eligibility,” Walker notes. “This is a first-in-the-nation solution. Where others are certainly using RPA between systems they own, RPA data processing from state to federal opens a new door.”

By becoming more ambitious in the projects they choose to take on, the public sector is innovating and paving the way for all organizations to do the same.

Moras says the solution has eliminated 95 percent of manual intervention. Where previously, enrollment applications were batched and delivered to MHBE daily, automation enables the agency to process enrollments three times a day, working toward a goal of true real-time enrollment for consumers waiting for health coverage.

That quest has opened other opportunities for automation, Moras notes. One possible next step will be for the automatic verification of enrollment documents users can upload to the portal.

The U.S. Department of State has more than 100,000 employees and its IT department serves 35,000 desktop workstations and hundreds of sites. Like many federal agencies, it has taken cues from the General Services Administration’s RPA Community of Practice (CoP) urging them to explore opportunities to leverage RPA (the CoP published a “playbook” that will give agencies interested in the technology a better chance to succeed).

To that end, according to Lisa Kitlinski, IT project manager at the State Department, the agency conducted a pilot to help automate Tier 1 service requests (e.g., data transfer, account disablement, account deletions, user exception requests, etc.) accounting for about 20 percent of its annual workload.

As part of the successful test, Kitlinski notes that process discovery performed prior to the pilot identified additional fulfillment steps that were prime candidates for automation. They decided to implement those as well.

“When we were ready to move to production, we found we reduced not only time spent in fulfillment of these services, but also increased our accuracy as well,” Kitlinsky says. “And, having a record of the execution of the bot logs that was helping us determine if the tasks were being done accurately enabled us to identify some early KPIs (e.g., time saved).”

In other words, just by starting the process of automating the automatable, the State Department identified additional opportunities for automation that resulted in saving around 7,000 person-hours per month—that’s 90,000 hours a year employees can devote to other pursuits.

“As you can imagine, in many cases, we operate with not enough resources for as many customers as we support,” Kitlinski admits. “There’s an aspect of customer service that can’t be replaced by automation. Having the resources to devote to those high-contact moments is vital for us.”

Kitlinski says the IT Department at State is interested in, among other things, standing up a Center of Excellence. But Walker notes that it wasn’t necessary to get started, which some organizations will wait for.

The sheer scale of the federal and state governments makes them perfect to test automations big and small. And the experience of RPA users in those agencies will yield actionable examples for those willing to learn. In the end, as Walker notes, the story of automation is the story of helping people, no matter what environment your organization operates in.