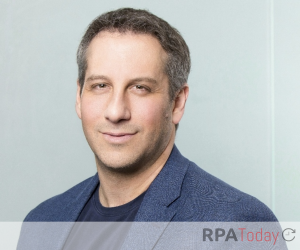 Switching RPA tools typically has been a risky, time-consuming, and expensive proposition, primarily because the leading automation platforms build and specify process automations differently. For an automation to work in another RPA platform, it must be analyzed and understood in the origin platform, then rebuilt – often from scratch – so that it would work in the destination tool, tested, and finally redeployed.

Despite such inherent challenges, thousands of businesses across a broad spectrum of industries have already re-platformed their automation estates or are in the process of doing so. What is driving so many companies to re-platform their automation portfolios?

A recent survey of 400 IT executives at large organizations (1,000-10,000+ employees) in Europe and North America conducted by my own company reveals five key trends that appear to be dominating the current wave of automation re-platforming.

Beyond these trends, the vast majority of organizations that have already re-platformed used a third-party solution or vendor to facilitate the switch. This isn’t surprising, given the challenges, time, and cost already cited in rebuilding and redeploying process automations. Companies that did elect to re-platform with internal resources tended to be smaller organizations with fewer employees, suggesting their automation estates would logically be smaller in size when compared to much larger organizations.

In stark contrast, most of those organizations still considering a shift to another automation platform indicated a marked preference to redeploy their automated processes using internal resources. While interesting, this isn’t entirely surprising. Many organizations underestimate the complexity, cost, effort, and projected timeline of re-platforming an automation estate to a new RPA tool.

The plan to re-platform automated processes is even more intriguing, considering that organizations in the process of switching automation tools fully understand that automations need to be rebuilt and that they will need specialized resources to do the heavy lifting. The survey indicates they reported as much when asked what they expected to be their most significant challenges when they began to re-platform their automations. Speculation and logic suggest that once these organizations start their re-platforming journey, their anticipated challenges may become such a burden they will eventually seek external help.

While recognizing all of these trends can be helpful and should be taken into consideration, it is equally important for any business considering re-platforming to understand and analyze its processes, identify what makes sense to migrate, and the challenges it is likely to face. Given that, it is essential for an organization planning to move its automation estate to carefully consider what is involved in re-platforming, what should be re-platformed, how long it realistically will take to complete the switch, how much money will be needed to redeploy, what challenges it is likely to encounter, and finally, what benefits they want to achieve.

Bottom line, organizations should only re-platform with their eyes wide open. Modernizing processes, improving automation, and increasing ROI all represent desirable outcomes. But these benefits will only be realized if the organization also understands the complexity, time, cost, analysis, and level of commitment that must be made at the start of the re-platforming journey.

As President and Chief Executive Officer at Blueprint Software Systems, Dan Shimmerman is responsible for establishing Blueprint’s Business Transformation Platform as the foremost solution that helps large enterprises understand how work is getting done today, so that they can improve it as efficiently and cost-effectively as possible. With a passion for helping organizations to more efficiently design and build digital solutions that drive their digital transformation and the achievement of business goals, Dan has a proven track record of success in delivering strategic vision, execution, and value for all stakeholders. Prior to joining Blueprint, he was the President and CEO of Varicent Software, a global provider of sales performance management solutions that was acquired by IBM in 2012.