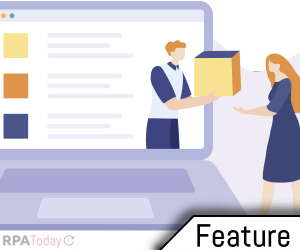 Frank appraisals of the current state of RPA are encouraging. According to Stamford, Conn.-based consultancy Gartner, revenue from RPA software sales will grow nearly 20 percent in 2021 to $1.89 billion. Even with much economic activity shuttered last year, the sector still posted a double-digit gain, surging nearly 12 percent from $1.4 billion to $1.6 billion. Businesses in survival mode recognized the need for increased productivity and efficiency increased, making the RPA sector a relative winner in 2020 and poised for even more growth as automation becomes more integrated into the strategic plans of organizations in many industries and verticals.

The evolution of the technology has brought it to a point where the value of RPA for automating certain tasks and processes is unquestionable. Unattended automation—automating processes that do not require human intervention—has been a verifiable winner for organizations and early iterations of RPA. It makes up much of the “low-hanging fruit” that gets picked by organizations just setting out on automation journeys.

According to Todd Schiller, co-founder and CEO of PixieBrix, attended automation is the next RPA battleground.

As RPA providers begin to integrate artificial intelligence into their solutions, the types of processes open to automation become more numerous and complex. Processes that are highly variable and that involve more human judgement are more common than the simple tasks RPA has been so effective automating.

“Attended automation is where there’s a human in the loop,” Schiller explains. “And it’s really about the last-mile delivery of traditional RPA. It’s about empowering 1.7 billion knowledge workers around the world, which is a much broader problem to try to solve than just automating back office tasks.”

For Schiller, ensuring “last-mile delivery” of RPA in an attended automation environment means taking a novel approach. Still in its infancy, he says much of the industry still looks at attended automation in one of two ways: it’s an RPA assembly line with a human overseer standing by to handle any exceptions the solution throws off or it’s a digital assistant for business. But, in an approach like that, the user would still have to provide a command and wait for a response. It’s not seamless, human-machine interaction.

For that, Schiller says it’s better to think of attended automation using RPA as an Iron Man-like exoskeleton or augmented reality that is more responsive to the human working with it.

“So each person, with whatever technology they are using, gets to augment what they’re seeing and how they interact with the world,” he says. “And that drives them to be more creative, more productive, and better at their job, as opposed to working with an on-demand digital assistant they have to ask questions to and wait for an answer.”

But a truly “last-mile” automation solution means meeting the humans engaged in the automation where and how they work. And, since so much work gets done in the cloud on Chromebooks and Macs, Schiller and PixieBrix offers the solution via a browser extension.

“I was talking to a retired salesperson who constantly worked in Salesforce,” he offers. “He said when doing customer research, he would go look them up on YouTube, he would search for the person’s name, then the person’s name associated with cloud computing, and then also the company name. That’s a classic sort of thing where there’s friction. You need to jump out of the CRM, go to a different website, open it up, run a search, see what the results are and then watch those. With what we’re doing, a customer can just use the PixieBrix page editor to drop a button onto the Salesforce page to accomplish all that.”

One of the first proving grounds for attended automation has been call centers. For Rajan Gupta, Managing Partner of Centelli, a London-based intelligent automation service provider, PixieBrix and its browser extension has solved a thorny problem for its call center clients.

Call center agents are measured on how quickly they can resolve a customer’s problem and still get good reviews. So how does any automated process get triggered? It requires the user to click a robot that’s running on their desktop.

“But there are five functions that are out there,” Gupta notes. “Function A requires three pieces of data input and then the magic happens behind the scenes. But I have to think about which function I want to use. I have to manually trigger it.

“Well, with PixieBrix, I’m able to bridge that gap. It allows me to see what’s on the page and I can make a logical choice based on what I see. And I can present to the agent only option A and not B, C, or D, and now they don’t have to click for it. The automation can actually prompt them. It just says conditions are true for option A. Here’s the button. Simply click it. They won’t see the button if the conditions aren’t true.

Rajan says he’s taken what matters to them the most—providing great service at the most economical speed—and reducing decision-making. Agents make fewer mistakes this way and get fewer negative reviews.

“They actually get a smiley face every single time,” he says. “So the agent’s happy and the customer’s happy. And if those two are happy, guess what? The CEO is happy.”