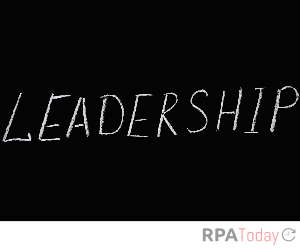 While the “Great Resignation” continues in the U.S. and globally, automation-related companies are booming and many are adding high-level executives to lead growth efforts. Two prominent firms in the automation and process mining space unveiled C-level hires they expect to shepherd their firms through respective high-growth phases.

ABBYY, a Bay Area company specializing in process intelligence, has named Adrian Jones as its new chief revenue officer. Jones is a software veteran who joins ABBYY after leading global sales teams at Automation Anywhere, Symantec, Oracle and Hewlett Packard. As ABBYY’s CRO, Jones will be responsible for the company’s global go-to-market strategy with and continuing aggressive revenue growth in the intelligent process automation market.

“Having been in the intelligent automation industry for several years, ABBYY has always been on my radar. However, now fully understanding the depth and power of its next-generation cloud and no-code solutions, I appreciate how ABBYY differentiates in the market and how its solutions are a critical enabler for truly intelligent automation.”

Sashikanth comes to Celonis from YouTube, where he was vice president of engineering. Donato served as EVP of North America for Applications and Consulting. And Reznick was chief strategy officer for global consultancy Accenture.

Celonis says that organizations are looking to digital transformation to increase performance, efficiency, and sustainability, and the additions will enable the firm to grow and meet global demand for its process intelligence technology.