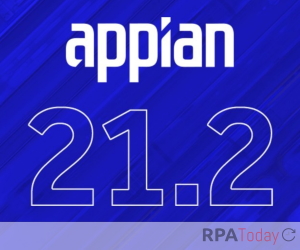 Appian, a provider of a low-code development platform that enables companies to build business applications, has released the most recent version of its low-code automation platform. The McLean, Va.-based technology company said the updated platform is an orchestration solution enabling users to coordinate people, existing systems, data, software robots and AI in single workflows. The new version will be available starting in June.

Appian said the new platform introduces the notion of low-code data—the ability to source data from anywhere without migrating it and to work with it visually without coding or database programming. The new version also includes Intelligent Document Processing, low-code RPA, Apps and DevSecOps.

“We were able to build our first Appian RPA process in just four days, integrated with our people processes and Appian AI,” said Matt Richard, CIO at Laborers International Union of North America, an Appian user quoted in the release announcement. “Simplifying data design is going to have a huge impact for us so I am looking forward to the new release with low-code data.”