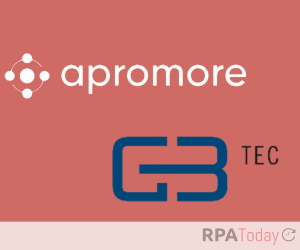 An Australian startup specializing in process mining that grew out of research conducted at the University of Melbourne has piqued the interest of a German investment firm. Apromore this week announced it has raised nearly $4.8 million (AU$ 6.8 million) in Series A funding to continue development of its AI-backed solution. The company said it will leverage the cash infusion to expand into robotic process mining, prescriptive process analytics and automated decision optimization.

According to Gregor Greinke, CEO of GBTEC, “the analytics capabilities that Apromore brings into the BIC Platform are truly exceptional when it comes to identifying underperforming processes, rework loops, waste, and bottlenecks.”

Apromore’s technology is based on open source software developed at the University of Melbourne and other universities. The company has a Community Edition that remains open-source and free to use, with an Enterprise Edition for businesses.