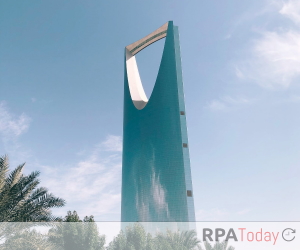 The U.S., Asia and Europe have been the biggest markets for automation software in the past five years, but other geographic regions are emerging as growth drivers for the technology. More adoption in Saudi Arabia, for example, could boost the country’s economy by nearly $300 billion in the next decade, according to a recent report.

“Intelligent automation will serve as a virtual workforce executing the repetitive and mundane tasks, allowing organizations to redeploy their workforce with improved skills and advanced productivity than ever before,” said Faisal Al-Rashoudi, vice president and head of Digitization and Automation at Bank Aljazira, in a statement. “Thus, we envision building a ‘Center of Excellence’ on process automation through the adoption of emerging technologies in intelligent automation to help accelerate and achieve our transformation goals and objectives in line with the overall bank’s strategy.”