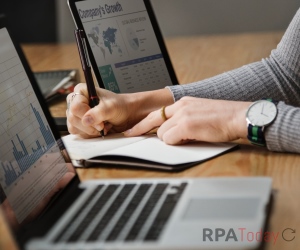 Finance departments have identified RPA implementations as a critical priority in a new report. Only data security and enhanced data analytics were tabbed by CFOs as more important, according to Today’s Finance Priorities: Security, Data, Analytics and Internal Customers.

The report, from Silicon Valley consulting firm Protiviti, found that more than two-thirds of CFOs and vice presidents of finance ranked RPA as one of their top priorities. For executives outside the finance function, only 48 percent agreed.

“As we can see in our results, there is growing interest in the use of, and investment in, advanced technologies such as data visualization, RPA and blockchain,” the report’s authors wrote. “These and other leading-edge tools and activities are being implemented in tandem with the execution of the finance organization’s core responsibilities, which include closing the books, filing periodic financial reports, and responding to regulatory and legislative changes (e.g., the ongoing ripple effects of the Tax Cut and Jobs Act), resulting in a tough balancing act for finance leadership.”

When asked to identify the one priority they deemed most important in the next 12 months, process improvement and RPA continued to emerge as an important finance priority—ahead of things like data visualization, blockchain, regulatory challenges and virtual currencies.