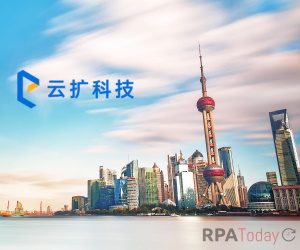 How the global coronavirus pandemic affects investment decisions remains to be seen. One deal that had been in the pipeline, however, was announced this week. Encoo Tech, a pureplay provider of RPA technology based in Shanghai, China, received $30 million from Sequoia Capital China. At least some of the new funding will be directed toward expansion, according to the announcement