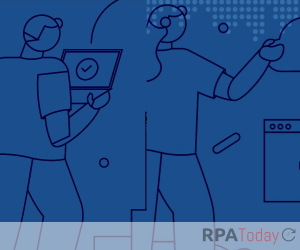 Nearly 80 percent of U.S. and U.K. businesses plan to increase investment in automation in the next 12 months, according to a new report. That’s on top of a 2020 during which the pandemic caused nearly half (48 percent) to accelerate automation projects already in the works. In other words, the automation that isn’t already in place is coming to your industry soon.

In a year when economic disruption devastated many industries, it’s not surprising that the SnapLogic report found 63 percent of IT decision-makers polled cited cost savings as the biggest driver of automation implementations. Other factors respondents identified as top drivers include increasing customer engagement and satisfaction (60 percent) and increasing employee productivity (59 percent).

While RPA and intelligent automation have been seen in many quarters as democratizing technology, about two-thirds of IT decision makers (68 percent) overall reported they started by automating IT processes before extending the ability to business lines. U.K. companies, however, were more likely than their U.S. counterparts to start in finance or sales.

“It’s clear that automation has helped many businesses adapt and respond to the disruption caused by Covid-19,” said Craig Stewart, CTO at SnapLogic. “Automation has not only saved organizations time and money, but it’s also facilitated faster response times to business demands. This has enabled employees to focus on value-adding tasks over the mundane, repetitive ones, which in turn has helped organizations more quickly meet changing customer expectations. With uptake anticipated to increase in the coming year, it is essential for IT and business leaders to equip themselves with the right strategies, tools, and best practices to implement automation to its full effect.”