Covid-19 Recession Will Cause Surge in Automation 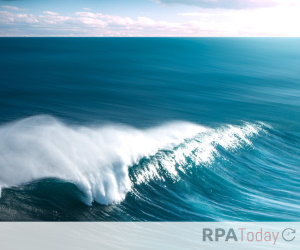 Companies sorting through the long-term effects of work-from-home, disrupted supply chains and massive unemployment will likely turn to automation in much larger numbers going forward, according to two reports unveiled recently. In an effort to mitigate risks posed by shocks, a report from global consultancy Forrester and a working paper from the Federal Reserve Bank of San Francisco focus on automation and the likelihood its use by businesses will increase as a result of the pandemic.

The Forrester report, The Covid-19 Crisis Will Accelerate Enterprise Automation Plans, calls Covid-19 a “gray swan” event (as high-impact as a “black swan,” but far more predictable). It says global shocks caused by recessions from 1991 through 2009 resulted in jobless recoveries because, each time, organizations invested more in automation technology and that technology became more effective. This time will be no different, the report argues, and RPA will be a driver.

“The value of a digital workforce is as compelling for large-scale risk mitigation as it is for cost,” the authors write. “Digital labor does not fall ill and can perform repeatable tasks from anywhere with equal efficiency.”

Forrester argues that the way organizations have implemented automation until now has been disconnected and resulted in “localized islands of automation” within businesses. Going forward it will be important for them to not only make new investments in RPA and other automation technology, but to better align existing projects.

“Prioritize the reevaluation and rescoping of existing automation plans to serve the recovery cycle,” the report says. “Assess localized investments in chatbots, AI, or RPA within specific business functions, or catering to certain customer segments, for broad-based applicability and value. Make these evaluations based on the broader impact on revenue, cost, and risk.”

The working paper from the Fed, Can Pandemic-Induced Job Uncertainty Stimulate Automation?, takes a quantitative look at the value of investing in automation of all kinds. The paper allows for the notion that, while the pandemic will eventually recede, the possibility of recurring future waves has added uncertainty in businesses’ ability to count on their human workforce. Is that uncertainty enough to justify investment in automation, and how much investment?

The paper is dense, with plenty of quantitative analysis, and concludes that investment in automation technologies will result in more benefits than drawbacks.

“Other things being equal, the decline in economic activity reduces firms’ incentives to automate, since the value of automation declines in a recession,” say authors Sylvain Leduc and Zheng Liu of the San Francisco Fed. “However, heightened job uncertainty also boosts the incentive for firms to shift technologies toward automation, because the productivity of robots is not susceptible to the pandemic. Under our calibration, this technology-shifting effect dominates the recessionary effect such that the automation probability increases with job uncertainty. Since robots and workers are perfectly substitutable, the increase in automation reduces employment. Yet, increased automation also boosts employment through a separate channel, since the higher automation probability increases the value of a vacancy, resulting in more vacancy creation and posting.”