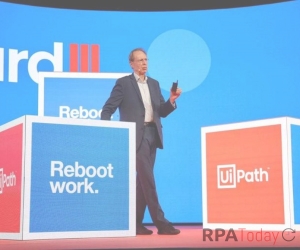 On the second day of FORWARD III, RPA technology provider UiPath’s global gathering of RPA users in Las Vegas, a keynote address looked at the prospects of an economic downturn and its probable effect on the RPA sector.

The verdict? While no one thinks a slowing economy is, on balance, a good thing, experts believe a downturn might have a net positive effect on companies that provide RPA software and services.

Guy Kirkwood, chief evangelist at UiPath and Craig Le Clair, vice president and principal analyst at Forrester Research took the keynote stage on Wednesday morning to outline their vision for the industry moving into 2020 and beyond.

Kirkwood said he foresees a slowdown coming soon in the global economy, though probably not an outright recession. But, for RPA, that will be good. As a technology that makes businesses more efficient and more productive, while possibly allowing them to cut costs, it will continue to be in demand.

In a downturn, companies will continue to explore automation, he said, as they look for ways to squeeze more efficiencies out of fewer resources. According to Le Clair, Forrester predicts companies could cut staffs by as much as 16 percent because of automation.

Both speakers agreed that corporate leaders looking for ways to get fast ROI will continue to explore RPA.