Feds to Increase RPA Usage in 2020 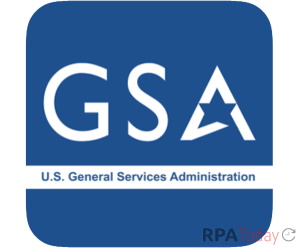 The U.S. federal government has been very active in recent months exploring opportunities to implement RPA and the technology figures prominently in its plans this year. A recent report from FedScoop noted that the General Services Administration (GSA), the agency charged with identifying RPA opportunities across the federal government, has 33 RPA bots in operation with that number slated to grow throughout 2020.

“The program has a robust pipeline of new use cases that are under evaluation and in development,” a GSA spokesperson told FedScoop. “Agencies, including GSA, are looking across all functional areas for automation candidates.”

The GSA established a Community of Practice (CoP) in 2019 to explore opportunities to advance RPA and recently released its first “playbook” for federal agencies. Version 1.0 of the RPA Program Playbook is not an exhaustive plan for initiating RPA programs, but, rather, it lays out general principles that will increase the chances of success as the federal government looks for ways to become more efficient. The document will be updated regularly, according to the GSA.