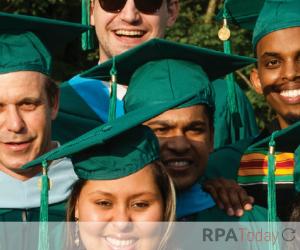 George Mason University, which nearly two years ago became one of the first universities to formalize a course of academic study in RPA, has launched a Community of Practice that will focus on supporting colleges and universities so they can become end users and benefit from intelligent automation.

The initiative is focused initially on other institutions in GMU’s home state of Virginia and aims to help them become familiar with the opportunities that exist for colleges and universities to implement RPA, and how those implementations ultimately will benefit the schools’ students.

“We are eager to launch this pioneering project and look forward to helping determine how RPA can aid the academic sector through knowledge sharing, webinars, speakers, best practices, and updates on programs which could be automated to reduce tedious and mundane work done today by academic personnel,” said David Rehr, co-founder of the RPA Initiative at Mason.

Rehr noted that, like any large organization, there are a variety of processes currently being done manually that could be automated, freeing employees to work more creatively and productively. While back-office functions in academia have many of the same opportunities to implement RPA and intelligent automation projects as other business verticals, there are use cases unique to higher education including the accounting, allocation and auditing of grant funding.