GSA: Expansion of RPA CoE Program on Tap, RPA Playbook for Labor on the Way 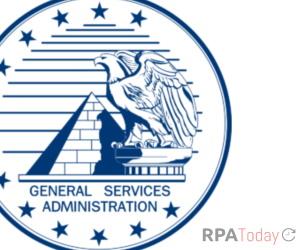 While the General Services Administration recently announced yet another agency partnering with its Center of Excellence (CoE) to identify RPA opportunities, one of the department’s tech leaders indicated that the CoE program is just gaining steam.

At a presentation in Washington, D.C., Anil Cheriyan, director of the Technology Transformation Service, said the CoE for RPA would be working with a growing number of agencies in the U.S. federal government.

Cheriyan said the GSA is seeking to broaden and deepen the CoE program it launched in 2017. RPA has been a cornerstone of the program since its inception and the government can “spin up” new CoEs to further agencies adoption of the technology.

For the just-announced partnership, Cheriyan said GSA and Labor Department officials were producing a playbook for RPA. The playbook, he said, is still in the approval process, but should help agencies understand how RPA can be implemented.