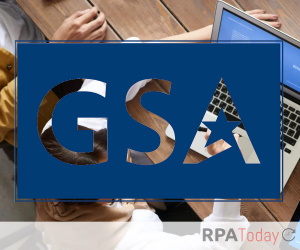 A recent update from the General Services Administration highlighted the priority in the U.S. federal government to shift the work its employees do from low-value, task-oriented work, to high-value, mission-oriented work. RPA, the GSA notes, continues to be an important part of that transition.

The agency noted the government has implemented more than 30 initiatives using RPA, AI and other automation technology that, combined with other initiatives aimed at process improvement and digitization, has resulted in “billions of dollars in realized and anticipated savings and hundreds of thousands of FTE hours shifted to higher-value work.”