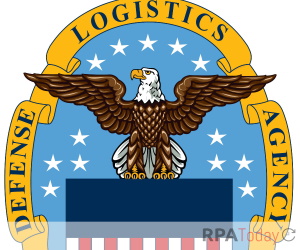 The U.S. federal government is one of the largest consumers of RPA in the world. In a recent report, called The State of Federal RPA, the General Services Administration (GSA) noted the technology saved government agencies around 850,000 hours in 2020 and that its approach to RPA is rapidly maturing. The report also specifically highlighted five agencies that have had the most success implementing RPA programs. The GSA’s Community of Practice has held up these agencies as models for others in the federal government.

Each agency has achieved what the GSA refers to as Level 4 Maturity (by reaching milestones including 50-100 automations in production, at least 150,000 hours of workload reduction per year, agency-wide processes automation, robust pipeline of projects, cloud platform delivery and more). In the coming weeks, RPA Today will look at each of those “program showcases” for learnings organizations can apply to their own programs that will perhaps enable them to scale.

With the exception of some of the largest global delivery companies like Fedex or UPS, there may be no organization in the world that moves more people and material to more places as quickly as the United States Armed Forces. The Defense Logistics Agency (DLA), within the Department of Defense, has found that RPA has made its gargantuan task a bit easier. At 96, the DLA has more automations deployed than any other agency of the U.S. Government at the time of the survey.

It is not, however, satisfied with that level of engagement. Despite having saved 200,000 hours per year with its current program, the DLA is offering Automation Workshops across its enterprise to raise awareness of what the technology can do and drive more adoption.

According to the State of RPA report, DLA’s best practices include: