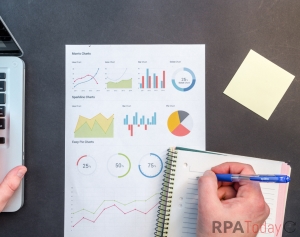 Despite having enormous potential to leverage RPA, the insurance sector—particularly the actuarial function—has lagged behind others in implementing the technology. Around 90 percent of insurers’ actuarial departments have not made “meaningful progress” toward RPA implementation, according to a report from PwC.

The consultancy’s 2019 Actuarial Robotic Process Automation (RPA) Survey examined how RPA is being considered, organized and implemented by Life and Property & Casualty Insurers and, specifically, their actuarial departments. Only five percent of those surveyed said their actuarial department had completed an RPA deployment, with another five percent having completed proofs of concept. More than one third said they had not begun planning any RPA implementation at all.

“The actuarial function, while an exemplary candidate for the automation of data gathering, preparation, calculation, and reporting, has been slow to automate workflows and implement automation technology,” the report said. “While challenges exist in the design, implementation, and governance of RPA solutions, the benefits of scaling RPA across an enterprise, including deployment within the actuarial function, can generate efficiencies to improve the bottom line.”