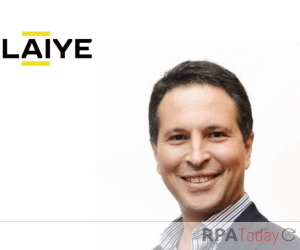 Beijing, China-based RPA technology provider Laiye has named an international CEO to oversee global expansion. Ronen Lamdan, who most recently served as a managing director at WorkFusion, will build a global team enabling the Chinese company to grow beyond China in a global space Gartner said would grow to nearly $2 billion by the end of this year.

Lamdan, who also spent time at Microsoft and IBM, said “Laiye is perfectly positioned to deliver productivity, transformation and growth that serve our customers and empower our communities.”

Laiye launched in 2015 as a company focused on AI-enabled chatbots, but pivoted primarily to RPA when it merged with UiBot in 2019. Since then, Laiye has raised $127 million, including a $50 million Series C less than a month ago. The company provides smart robotic automation products, natural language processing, dialogue management and context-based recommendations to companies from a variety of industries ranging from finance and manufacturing to telecoms and retail.

Co-founder Wang Guanchung will continue to lead the organization as CEO, while Lamdan will focus on international growth.