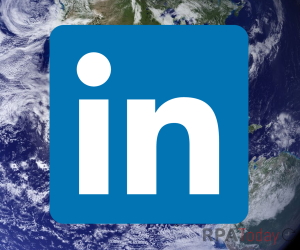 Jobs that require RPA expertise and skills are becoming some of the most popular around the world, according to LinkedIn. In the U.S., where the report found the number of positions grew 40 percent annually between 2015 and 2019, RPA engineer is the number two emerging job. RPA roles are also the second fastest growing position in Singapore, third in the U.K., fourth in India and fourth in Australia. And, none of those include artificial intelligence jobs, which are growing even faster that direct employment in RPA. The bottom line? RPA is currently one of the best ways to position yourself for career success.

It is not only a growing area of employment, the business networking social media platform found, it is also impacting the kind of skills people not in RPA at all need to advance their careers.

“Demand for soft skills is likely to increase as automation becomes more widespread,” LinkedIn said in a post on its corporate blog. “Skills like communication, creativity, and collaboration are all virtually impossible to automate, which means if you have these skills you’ll be even more valuable to organizations in the future.”

LinkedIn identified their Emerging Jobs by analyzing all its members with a public profile who held a full-time position in a given country during the past five years. When they identified the talent pool in a certain sector, they calculated the compound annual growth rate for each occupation between 2015 and 2019.