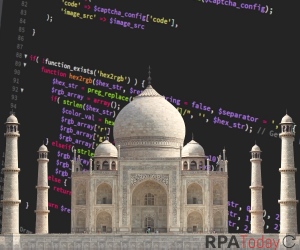 Knowledge of robotic process automation has been named one of the three most important skills in India, according to research by LinkedIn. The social media platform for business commissioned Sydney, Australia-based ACA Research for the study, which found the skills needed to succeed in Asia Pacific markets like Australia, India, Japan and Singapore are changing rapidly.

In India, specifically, 82 percent of those surveyed acknowledged the pace of change and 62 percent are “daunted” by that pace. From the perspective of organizations, however, the pace of change in the skills needed to succeed is being driven by the digital transformation journey many companies are already engaged in and that most will need to address.

The survey found that the top three skills necessary to succeed in India are robotic process automation, compliance and continuous integration. RPA adoption is one of the technologies the report described as “nascent now but will potentially see wide-scale adoption in the future.”