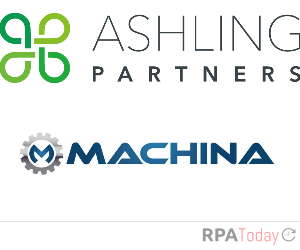 Machina CEO, Doug Wendler said: “Our shared vision of becoming the global leader in the hyperautomation market with UiPath at the center, a set of common core values, and complementary industry and geographical footprints provide a valuable leap forward for our customers, our people, and our company.”

The addition of Machina bolsters Ashling Partners’s expertise in the energy industry, which adds to its experience in other verticals including healthcare, manufacturing and distribution, insurance, banking, consumer goods, and real estate.