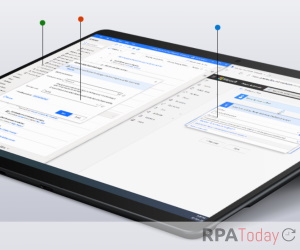 Microsoft, which jumped into the RPA space with great fanfare last spring with the acquisition of Softomotive, recently announced the general availability of its Power Automate Desktop solution. The desktop-based, low-code RPA solution has been in public preview since October. At the same time, Microsoft said it is introducing a preview version of a process mining and intelligence tool.