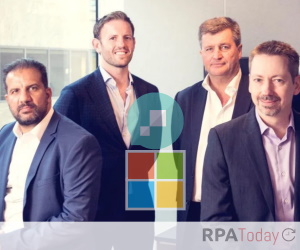 Microsoft has acquired RPA technology provider Softomotive and has added the London-based company’s flagship product, WinAutomation, to the Microsoft Power Automate platform. Rumors had been swirling for weeks that the Redmond, Wash.-based company had its eye on Softomotive, which moved its headquarters to the U.K. from its native Greece in 2015. According to Charles Lamanna, corporate vice president of Microsoft’s citizen application platform, WinAutomation will offer Power Automate users a low-code automation option that is simple for anyone to build from a desktop.

“Now, anyone can build RPA bots with our existing browser-based authoring app or through a new desktop app with WinAutomation,” Lamanna said. The addition of Softomotive to Microsoft’s RPA platform gives the software giant “a robust set of RPA capabilities in one platform.”

The acquisition firmly entrenches Microsoft as an important player in the emerging RPA space only months after its initial entry, just as it was at the forefront of the Internet wave three decades ago. In an interview with RPA Today, Softomotive CEO Marios Stavropoulos spoke about RPA as a revolutionary technology, potentially as impactful as the internet.

“I believe this is a truly transformative approach. I have seen how an engaged mindset really changes how an individual thinks about work. It’s powerful. In this approach you provide users with the tools and technology that enable them to take control over their own workload. “

WinAutomation is now available to Power Automate users as a standard part of the platform. Financial details of the deal were not disclosed.