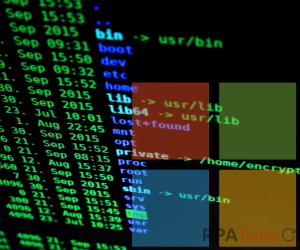 When is it time to take a technology seriously? When the biggest software company in the world decides its time to enter the space. Microsoft, as part of an update to its low-code/no-code Power Platform family of products, added RPA capability to its workflow-automation engine Flow.

The company announced the capability, called UI Flows, in Orlando this week at its annual Ignite conference. At the same time, Microsoft said it has rebranded Flow as Power Automate. It has made a preview of the tool available to the public.

Microsoft said that with UI Flows, users can turn manual tasks into automated workflows by recording and playing back human-driven interaction with software systems that don’t support API automation.

“We believe that the new RPA capabilities with Power Automate will empower all of our employees to automate their work and to focus more on highly valued tasks,” said Takashi Yano, general manager at Aioi Nissay Dowa Insurance. “Power Automate does not require deep training and support to automate like our business—everyone is empowered to automate intuitively themselves.”