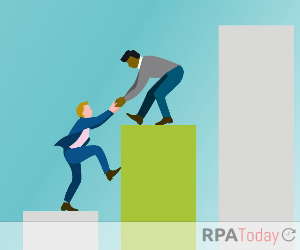 RPA has experienced significant adoption in the Financial Services sector, globally.  But according to a new report, even within geographic regions, there are wide disparities in adoption among different countries.  In the Asia Pacific region, the number of people who have even heard of RPA can vary significantly. The RPA In The APAC Financial Services Sector report, from RPA technology provider Blue Prism, found that awareness and implementation of RPA in Australia was significantly higher than other Asian countries.

The report found that 78 percent of financial services organizations in Australia are currently using RPA solutions, while less than half of companies in India (49 percent), Hong Kong (47 percent), Malaysia (44 percent) and Singapore (28 percent) have implemented the technology. In Malaysia, only 34 percent of respondents said they were even familiar with the term.  The opportunity for growth, therefore, is significant for RPA technology and service providers—even targeting financial services companies which have been early adopters of RPA.

“While RPA adoption across global industries grew at tremendous speed, this report revealed the disparity of RPA adoption within the APAC financial services industry, indicating a long roadmap before the region reaches RPA and intelligent automation maturity,” said Robert Dewar, vice president of Financial Services for APAC at Blue Prism. “Presently, RPA remains largely a tool to improve efficiency and cut costs, rather than a catalyst to accelerate digital transformation.”

According to the report, when organizations did implement RPA, results were in line with other global regions.  Among companies that have implementations in place, the Blue Prism report found that RPA has improved overall business operations, resulted in cost and time savings and increased accuracy and quality of output.  The report details these results for each company in the survey.