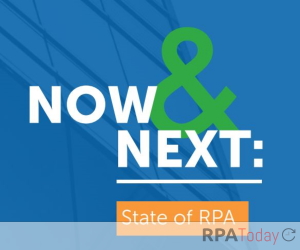 A strong majority of companies (63 percent) across all industries are already engaged with RPA, according to a new report. RPA technology provider Automation Anywhere found, of the 63 percent of those polled that had already deployed RPA, 31 percent had deployed the technology across a few business units, 11 percent were deploying in a single business unit and 21 percent were actively scaling the technology in their companies. Only 10 percent of those polled had “no plans” to implement RPA and/or intelligent automation.

For the report, Automation Anywhere combined an analysis of their own customers along with data collected by Enterprise Technology Research

Most companies that are not planning to at least experiment with RPA cite lack of expertise as the main barrier to adoption. A bit more than a third (36 percent) identified insufficient budget as the biggest problem. More than a quarter of those polled (27 percent) cited concerns around a lack of use cases in their companies or organizational or employee resistance.

In addition to identifying that the vast majority organizations have already begun to evaluate, deploy and scale RPA, the report also concluded that significant growth is expected, and that cloud delivery is being prioritized by technology leaders. Productivity improvements are the top driver of RPA investment and formulating the right criteria when evaluating vendors is critical.