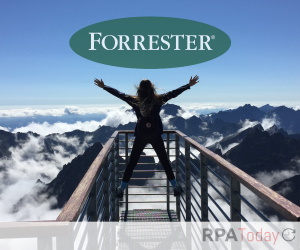 A new report points to process, governance and organizational culture as challenges facing companies trying to implement or scale RPA programs. And, according to Forrester’s Ten Golden Rules for RPA Success, each of the “choke points” is more common at different points in a company’s automation journey.

For companies at an early stage in their RPA program, according to Leslie Joseph, a principal analyst for Forrester and one of the report’s authors, the inability to identify the right processes to automate is a typical problem. As organizations enter a more advanced stage of their RPA implementation, they must focus on effective governance to manage a growing number of bots.

“The temptation to cut corners early in your RPA program is easy to succumb to, but poor choices demand payback later,” Joseph says. “RPA demands the same levels of attention as any other enterprise platform, including a focus on coding and testing standards, security, and resiliency.”