Report: Automation Will Result in 63 Million Lost Jobs in Asia Pacific by 2040 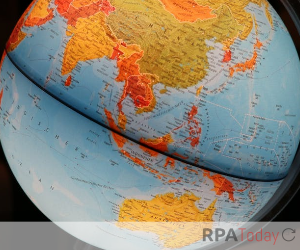 The effects of process automation technology from the perspective of the businesses implementing them are often expressed in terms of efficiency gains and cost savings. But companies hoping to realize those gains usually encounter pushback from employees who are frankly afraid of losing their jobs. That task became more challenging recently—especially for companies with local presence in the Asia Pacific—when global technology consultancy Forrester released a report ($) estimating that automation will displace 63 million workers in the region by 2040.

While the report focused on physical robot automation, the fundamentals behind the shift will affect companies implementing RPA and intelligent automation technology software in office settings as well. In China, Forrester predicts the working population to decrease by 11 percent, forcing businesses to automate. South Korea will also experience a declining working population, while in Australia, high GDP per worker will lead to more businesses implementing automation technologies.

“To prepare for the changes brought on by automation, the five largest economies in APAC will have to radically rethink their workforce strategies,” said Michael O’Grady, principal forecast analyst at Forrester. “While each economy faces its own challenges, common focus areas such as hiring more female workers can help offset working population declines. In addition, investing in STEM education, technology workforce training, and protecting the rights of freelance workers will become of utmost importance.”

Automation technology providers and employers globally, but especially in Asia Pacific, will increasingly be challenged to communicate automation strategies to at-risk employees.

Why Your Company Needs to Be Talking About Conversational AI

WorkFusion Tabs Tech Industry Vets for C-Suite and Board Openings