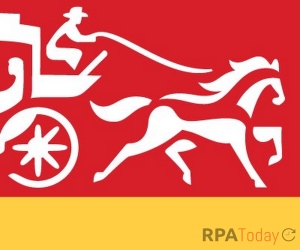 While most in the RPA space have framed the effects of RPA on corporate staffing as freeing employees from mundane, repetitive work so they can focus on more creative, productive work, a recent report from Wells Fargo illustrates some of the fears employees have about the technology.

According to the report, highlighted in Bloomberg News, financial institutions are spending $150 billion on tech each year – including RPA – which will result in a headcount reduction in the U.S. banking industry of more than 200,000 over the next ten years.

“Wells Fargo joins bank executives, consulting firms and others in predicting huge cuts to the banking workforce amid the push toward automation,” the Bloomberg story said. “McKinsey & Co. said in May that it expects the headcount for front-office workers – the bankers and traders historically seen as among finance firms’ most valuable assets – to drop by almost a third with the rise of robots.”

Back office, bank branch, call center and corporate employees are being cut by about a fifth to a third, with jobs related to tech, sales, advising and consulting less affected, according to the study.