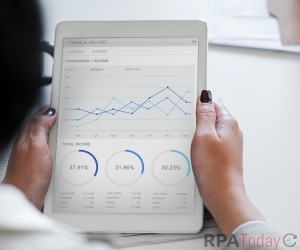 Robotic Process Automation (RPA) underwent explosive growth in 2018, surging more than 63 percent globally to $846 million, according to a new report examining market share of the top providers in the space. Stamford, Conn.-based consultancy Gartner said that made it the fastest-growing segment in the global enterprise software and predicted that by the end of 2019, RPA revenues would reach $1.3 billion.

The year saw considerable shuffling among the top RPA providers from the perspective of market share with more shakeups predicted for the near future, according to Fabrizio Biscotti, research vice president at Gartner. The top five providers captured 47 percent of the market share, but the companies Gartner ranked seventh and eighth both achieved triple-digit growth.

“Competition is intense, with nine of the top 10 vendors changing market share position in 2018,” Biscotti said. “[And] the current top players will face increasing competition, as new entrants will continue to enter a market whose fast evolution is blurring the lines distinguishing RPA from other automation technologies, such as optical character recognition and artificial intelligence.”

The report said North America continued to dominate the global market, with 51 percent of the RPA deployments in 2018, but adoption in Japan grew 124 percent last year, showing the technology appeals around the world.