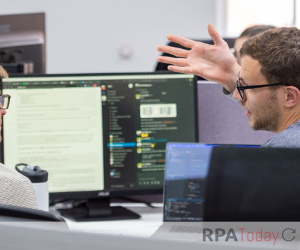 University College London, the British Broadcasting Company and quantum computing company Quantinuum have announced the formation of a consortium that hopes to radically advance the effectiveness of and business applications for natural language processing (NLP).

As AI gains more traction as a basis for business technology, NLP—an effort to build interfaces that can translate human speech into formats understandable by computers—has become increasingly important in intelligent automation. NLP is already part of RPA and intelligent automation systems, mostly in chatbots, voice assistants and automated emails, and researchers are looking for more ways to incorporate it into analyzing unstructured and semistructured data for automation. Quantum NLP hopes to make it possible for computers to truly understand human language.

“Developing quantum computing so that the broadest and most diverse populations can benefit, means looking across the timing spectrum at applications that can be made productive in the short, medium and long term,” said Ilyas Khan, founder of Cambridge Quantum Computing and CEO of Quantinuum. “As part of our long-term work, we anticipate that true language processing will become important with fault tolerant quantum processors, and our work with the BBC and UCL is a very significant step towards being prepared to take advantage of quantum computers when they become available at scale.”