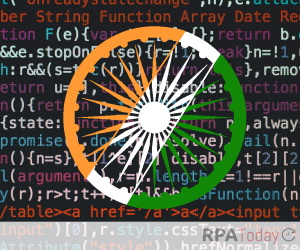 RPA will be one technology riding a digitalization boom in India, according to the results of a new survey. The Worldwide Semiannual Software Tracker from International Data Corporation (IDC), said the software market in India grew by 16 percent in the second half of 2019 compared to the same period the previous year.

“India stands as the second-largest software market in Asia/Pacific (excluding Japan and China) and also managed to keep its growth pace stronger than some of the major economies in the region,” says Mohsin Baig, market analyst for enterprise software at IDC India. “The growth was shaped by demand for cloud application, application modernization, increasing IT spend by the small and medium-sized business (SBM) segment, cloud-native software start-ups, and government initiative for data localization,” adds Baig.