RPA Exceeding (And Failing to Meet) Expectations for Users: Report 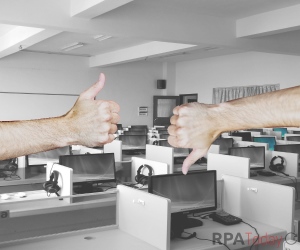 Most companies find that the immediate effects of an RPA implementation are even more positive than they expected, but maintaining those results over time is more difficult than they thought it would be, according to a new report.

In RPA and Digital Transformation, Cambridge, Mass.-based RPA provider Pegasystems found 66 percent of those polled said automating business processes via RPA proved even more effective than they initially expected. An additional 27 percent felt the bots they implemented were meeting expectations. Only seven percent felt the bots were less effective than they thought they would be.

“There’s no doubt that RPA and RDA are highly effective solutions that streamline inefficient operations while squeezing more life from existing IT systems,” said Don Schuerman, CTO of Pegasystems. “But amid all the market hype, our survey shows there are several misperceptions on how best to use bots. We believe robotic automation serves as a bridge to digital transformation.”

According to the survey results, many companies felt the initial deployments were not as easy as they had anticipated, leading to delayed deployments more than 60 percent of the time. Organizations also expressed some concern around bot breakage and ongoing management. 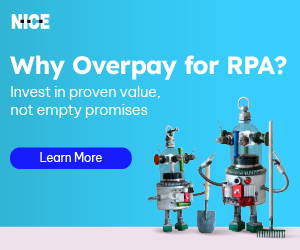