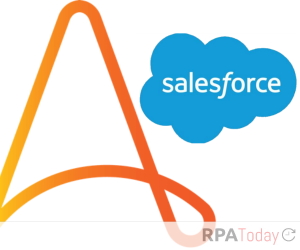 In the past year, several enterprise software behemoths have entered the RPA space through acquisition or significantly bolstered their presence including Microsoft, IBM and SAP. Published reports indicate that another software giant might be targeting RPA.

According to a report in Business Insider, Salesforce, provider of cloud-based CRM software, could make a bid for a major RPA provider. Analysts quoted in the article said just about any of the major RPA providers – including the Big Three Automation Anywhere, Blue Prism and UiPath – would make sense as an acquisition target for the San Francisco-based company.

BI based its conclusion on a profile of CEO Marc Benioff in which an advisor said there is “some interest” on Salesforce’s part in the RPA market. The publication also noted that Salesforce’s venture capital arm just led a $290 million round of funding for Automation Anywhere.