Study Finds Disconnect Between Attitudes and Results of Intelligent Automation 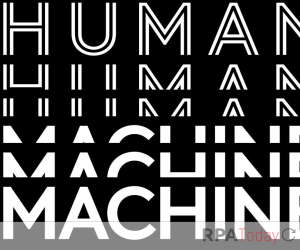 Among those companies that have engaged in intelligent automation initiatives, 71 percent said the ROI has been “high” or “very high,” but overall, only 13 percent of those surveyed in a recent poll see the technology as necessary to gain a competitive edge. The main barriers around implementing intelligent automation concern people, not technology, according to the report detailing the survey’s findings.

In Realizing the Human-Machine Relationship, digital business services firm Emergn found that the companies that made investments in automation technology reaped benefits, but also found that only 2 percent of all firms believe their people have the right skills to benefit from it.

Only 18 percent of respondents believe intelligent automation has any impact on bringing new products to market, yet 91 percent of companies already engaged in automation initiatives believe it affected their business positively.

“Intelligent automation has the potential to transform how organizations deliver value and gain a competitive edge in their markets,” said Alex Adamopoulos, CEO of Emergn. “However, that’s only possible when organizations and employees have the guidance and skills needed to identify new use cases, feel empowered to leverage automation in their own departments and ultimately strengthen the human-machine relationship to drive the most ROI.”