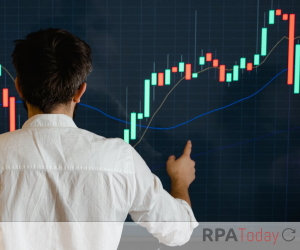 UiPath is widely expected to make its debut Wednesday as a publicly traded company on the New York Exchange (NYSE). It is the most anticipated IPO the relatively nascent RPA space has experienced to date.

This week, the New York City-based automation technology provider said it would aim to raise more than it indicated in its initial filing with the U.S. Securities and Exchange Commission (SEC). According to reports, UiPath now expects to price shares between $52 and $54 each, raising $1.3 billion compared to the $1.06 it predicted in the April 12 SEC filing.

The company’s original price target for its direct listing of $43 to $50 per share surprised many experts because it would have yielded a valuation of $26 billion after its recent Series F private funding round of $750 million implied a valuation of $35 billion.

The new price range for the more than 9.4 million shares it will sell in the IPO, along with nearly 14.5 million shares offered by existing shareholders, could produce more than $1.3 billion, valuing the company at nearly $28 billion.

UiPath will list on the NYSE, under the symbol “PATH.”

“Today marks a major milestone for UiPath. Six years ago, this company consisted of 10 people working in a small apartment in Romania. Now, we are a multinational business operating in nearly 30 countries and one of the fastest-growing enterprise software companies in history. I am also incredibly proud that we are the first Romanian-born company to go public on the New York Stock Exchange. While today signifies a new chapter in UiPath’s story, we are still in the early days of a multi-year journey to the fully automated enterprise. We will continue to focus on scaling automation so we can set people free of repetitive work and truly unlock human potential at scale.”