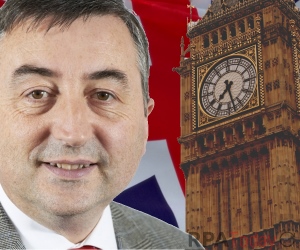 Governments are among the largest and most cumbersome bureaucratic organizations in the world. Their myriad agencies are also notoriously unproductive and rife with laborious manual processes. Federal, state and municipal governments are swiftly recognizing they have countless areas that would benefit from robotic process automation (RPA). Many of them, including the United Kingdom, have established task forces charged with assessing how and where RPA could increase productivity and reduce costs.

Last week, the U.K. indicated how important this effort is by naming Ian Dalton to lead its Government Automation Task Force. John Manzoni, chief executive of the Civil Service department in the U.K., who announced Dalton as the new automation czar, last year indicated Britain would make more use of RPA. Dalton’s task force will include The Cabinet Office’s Robotic Automation Unit, which will lead RPA efforts.

“Adoption of new technologies helps to deliver services more effectively, including making cancer diagnosis more reliable or reducing fraud,” Dalton said in the announcement. “This can have a huge impact on people’s lives—and I want to be at the forefront of this ground-breaking technology.”