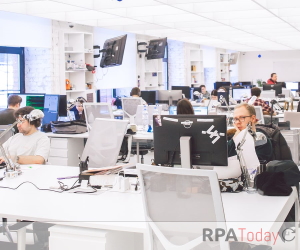 Workers around the world say they spend, on average, four and a half hours per week on repetitive tasks that could be automated, according to a survey from RPA technology provider UiPath. In its 2021 Office Worker Survey, respondents reported emails (identified by 60 percent of respondents), inputting data and creating datasets (59 percent) and scheduling calls and meetings were the top tasks they wish their companies could automate.

“It’s no surprise that employees are looking for ways to feel more engaged at work,” said Tom Clancy, senior vice president of learning at UiPath. “Automation unlocks workers’ productivity, and, more importantly, frees them to focus on meaningful work that is creative, collaborative, and strategic. It’s critical that companies provide training for and access to automation and other digital technologies to create more fulfilled and energized employees.”

While 40 percent of those polled indicate their organizations are investing more in automation, most workers want more, the survey found. Nearly 70 percent said they wish they had more time to look for ways to be more productive.