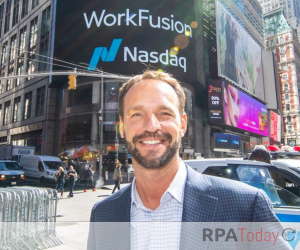 WorkFusion has named Adam Famularo as its new CEO. The New York City-based intelligent automation technology provider introduced Famularo, along with some other changes to the executive leadership team, to guide the company after it raised $220 million this spring. The company said Fulmaro’s success leading data modelling and data intelligence firm Erwin, Inc. to its acquisition by Quest Software will give him the necessary experience to improve WorkFusion’s market presence and company culture.

“Adam Famularo is a visionary business leader with a proven track record of building world-class teams, driving customer and partner success, and delivering returns for shareholders and investors. We’re thrilled to welcome him to the WorkFusion team during such an exciting stage of growth,” said WorkFusion Board Member Justin LaFayette, lead investor at Georgian, the investment firm that led the Series F raise in March.