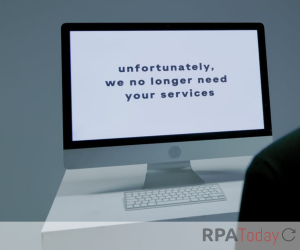 Hyperscience, a New York City-based automation orchestration platform provider, has reportedly laid off around 100 workers accounting for approximately 25 percent of its total workforce. While Hyperscience has not confirmed the workforce reduction, it has announced co-founder Peter Brodsky has stepped down as CEO and has been replaced on an interim basis by the firm’s current COO, Charlie Newark-French. The company secured a $100 million Series E funding round in December and used some of it to acquire data visualization firm Boxplot.

In addition to RPA Today, other published reports are asking what the ramifications for RPA and automation at large might be. Layoffs in the automation space have happened before, however (even at established RPA industry leaders), with little effect so far on the growth of the industry at large.

According to the initial report from The Information, the layoffs are the result of focusing on expanding the sales and marketing function too quickly “even as its software wasn’t resonating with customers as well as it had hoped.”

Hyperscience’s Board of Directors issued a statement saying it is “focused on ensuring a seamless transition and remains committed to the company’s growth and long-term success. We look forward to continuing to work closely with Charlie and the entire leadership team to deliver value to our customers, and we are confident in our bright future.”