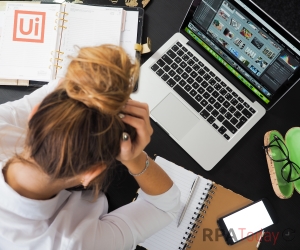 UiPath has been one of the great success stories in the RPA space, but the company has acknowledged that it will lay off around 400 employees.

Since it was founded in Romania in 2005, UiPath has ridden the explosive growth of robotic process automation, raising more than $1 billion in private funding to a valuation of nearly $7 billion—more than $800 million of that capital coming in just the past 13 months. Only a week ago, the company hosted a lavish conference in Las Vegas at which it announced two acquisitions that will enable it to offer a more comprehensive offering to its global customers.

Published reports have quoted sources who indicate UiPath’s cash burn rate is “significantly higher” than other RPA technology providers and that, despite its promise, UiPath may have overhyped the technology.

Gartner, however, has tabbed RPA as the fastest-growing software segment and UiPath has used its enormous war chest to quickly expand market share through M&A and organic growth. But, so much growth in such a short period of time has forced the company to pause, according to a UiPath spokeswoman.

“As a business that has grown at unprecedented rates in the past two years, it is natural that we evaluate our teams and internal investments from time to time,” the spokeswoman said to RPA Today in an email exchange. “In this case, we have made the decision to trim back in areas that do not align with our current business focus.”

Despite the layoffs, the company noted it will end 2019 with around 50 percent more employees that it had on Jan. 1 of this year.