Microsoft’s Vision to Bring RPA to a Billion 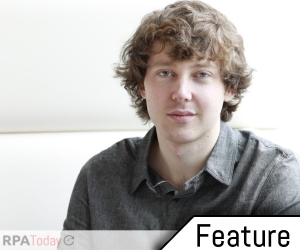 In the 2010 movie The Social Network, Mark Zuckerberg’s ambition for Facebook crystalized in a nightclub meeting with tech superstar Sean Parker. They were discussing Facebook’s early sales, which were in the millions of dollars at the time. “A million dollars isn’t cool. Do you know what’s cool?”  Parker asked Zuckerberg and Eduardo Saverin. “A billion dollars.”

Software giant Microsoft has a vision for RPA, and it echoes Parker’s line from the film. At its recent Ignite conference for developers—held virtually this year like every other large gathering—the company made a significant move in the automation space by announcing it will make its low-code RPA offering available free for Windows 10 users.

In an interview with RPA Today, Charles Lamanna, corporate vice president for the low code platform at Microsoft, said making RPA part of the low-code Power Platform is the natural progression of the conversation the industry is having around citizen developers and empowering business lines with automation technology.

“If you truly want to democratize RPA, you don’t talk about millions of users,” Lamanna says. “You have to talk about a billion users. There’s no better way to do that than to tap into the Windows community.”

Microsoft wants to do for automation what it did for other tools like business intelligence, web and mobile application development and data analytics, Lamanna explains.

“Whether you’re in finance, marketing or IT, we brought those tools to everyone in a company,” he says. “In the same way, we’re bringing robotic process automation and workflow automation to every single employee and every single company around the globe.”

Microsoft has a history of bundling important pieces of software that empower individual users with its Windows operating system as a pathway to rapidly increased market share.

Windows dominates the business environment and Lamanna says offering Power Automate Desktop for free will enable the billions of people using popular MS applications like Outlook, Excel, and One Note to create automations that tap these business apps to do things—in many cases, repetitive, time-consuming things.

“It’s a great step forward because there’s been a need for typical Windows user to do local automation, particularly as it relates to UI automation across applications,” Lamanna notes. “It’s like going back to what you could do with VBA (visual basic for applications) macros 15 years ago.”

He says Microsoft thinks of RPA beyond simple UI automations to how artificial intelligence will be incorporated, how it will be delivered via cloud infrastructure and how Microsoft is already in a position to offer much of this to its customers.

“Gartner calls that hyperautomation, but Power Automate has all of that today. There are a ton of cloud Power Automate workflow capabilities included with the typical Office 365 license,” he says. “If you have E3, which is the most common Office license out there, you can build a whole bunch of cloud workflows, which run on top of cloud APIs and cloud services. And we already have millions of users of that today. It’s where the natural evolution of RPA and automation is going.”

Before we spoke with Lamanna about Microsoft’s big RPA announcement, many RPA Today readers reached out to us with questions about the company’s offerings. Lamanna agreed to answer a handful of those questions.

A large financial institution based in the Midwest asks: We have our first low-code app in production and are working on design. Licensing is a hurdle for us as it is complex to identify what licenses are needed across the platform. Is this announcement about Microsoft looking to simplify their approach to licensing and pricing to make their product more consumable? Their complex licensing and overall cost of licensing at an enterprise level can be prohibitive.

Charles Lamanna: There’s a few layers to this. The first is we have a strong belief that a lot of the Power Platform functionality is core to the extensibility of good experience with other Microsoft products. So that’s why you see things like Power Apps being included in some Office 365 licenses. The idea is your Windows and your Office licenses you’ve already purchased are just more robust, more capable and more extensive because of the Power Platform.

Third, we are always looking to simplify our licensing. For instance, we now have AI builder credits, which is our AI capacity, included with Power Automate and RPA licenses.

A top national health insurer asks: What does governance look like if every Windows 10 machine has Power Automate Desktop included?

Charles Lamanna: If there was actually a theme to all of our Power Platform announcements at Ignite, it was governance. There’s a few pieces to how we think about safely rolling this out company wide.

First is culture. Culture is a change that needs to happen in IT and in central organizations where you actually lean into the idea of bring-your-own-development and democratization. And it’s also about the business users ending a self-service mentality as it relates to automation or application development. If employees push for something, that’s what they’re going to ultimately get. So, embrace the mindset that citizen development is good. And then make sure you’re driving the culture change where business users feel empowered to leverage automation, app development or data exploration.

Second is a Center of Excellence, a concept that’s well-known for RPA customers. It should be focused on every type of user in the company and needs to do things like gather ideas, push out skilling, and, most importantly, configure data-loss prevention, information protection, and other data security policies that will ultimately keep your enterprise secure.

Third is skill and communities. Create an environment where people can easily discover and learn additional topics through gathered material and create a community around that material over time. We have customers with thousands of citizen developers. Users who sit outside IT and who, before low code, would never consider themselves an automation expert, a coder or developer. These people collaborate together, come up with ideas, share tips, and tricks, and teach one another.

Another health insurance industry stakeholder asks: What are Microsoft’s plans around including pre-built connectors and templates moving forward?

Charles Lamanna: Today you kind of get the blank canvas, right? You can use the macro recorder, which we found, based on user research, is the best way to reach the typical business user. But in addition to the macro recorder, you also have a bunch of out-of-the box templates that are common. Like when an email comes in, copy out information and put it in Excel, or take an attachment and save it in a folder. Things like that can really capture the imagination quickly and make it easier for typical businesses to get started.

For connectors, we have hundreds of actions pre-built inside Power Automate Desktop. We’re going to expand that soon to be in the thousands.

An online travel and hospitality provider asks: What plans do you have to embed process mining or process intelligence products into your RPA solution.

Charles Lamanna: In December, we announced a public preview of Process Advisor, which is our task mining and the beginning of our process mining capability for Power Automate. You upload a few different examples of processes from a few different users and it generates a view of a process map. That’s available today in preview and will be reaching general availability shortly. It is absolutely key and core to how we think about automation.

Over the next few years humans won’t have to think as much about how they build the bot. Humans will just give examples, which will teach the bot. Observational assistants, AI-driven development and process mining will come together to the point where we’ll be able to suggest the bot based on what you do locally, based on data that never leaves your machine. It will be secure and private and compliant.

That’s what we’re pushing towards with Power Automate Desktop and Power Automate more generally. We think this is going to completely change how development happens in the enterprise. The days of having a bunch of individual users building their bots from scratch, that’s not going to be how you get a billion bot builders.

An IT leader of a large U.S. state asks: Some agencies have been told Power Apps are an alternative to RPA. How is Microsoft navigating this area? How is it being integrated? What are some of the roadblocks and cost advantages for those who are already on Office 365?

Charles Lamanna: This is a really interesting question because we’re having a debate internally: what does RPA really mean as it evolves?  If you look at the market, you see a ton of different workflow tools and low-code vendors doing M&A in the RPA space to create a single offering. Whether it’s SAP or Nintex or others, you see that blending of low-code app development, business process management, workflow and RPA. At the end of the day all of them are about business process, transformation, automation, and efficiencies.

RPA around SharePoint, for example, is a complicated thing to describe, but Power Apps and Power Automate have native natural API and cloud-based connectors for SharePoint, including deep in product integration for embedding and triggering. That comes with your Office license and for pure RPA, a problem, or for workflow, you’re probably looking at both Power Apps and Power Automate.