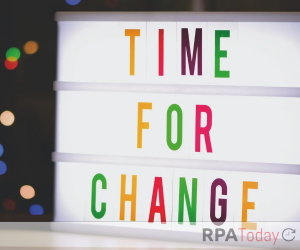 RPA technology provider Automation Anywhere was at the center of several personnel moves that saw C-level changes at two organizations.

Automation Anywhere, itself, named James Budge as its new CFO and Mike Micucci as COO. Budge comes to the San Jose, Calif.-based company after serving in the same role at Pluralsight, which he shepherded through an IPO, as well as Anaplan, Genesys and Rovi. According to AA, while leading the finance units at those stops, he raised a total of $6 billion in funding from public equity and debt offerings.

Micucci comes from Salesforce, where was CEO and EVP of Salesforce Commerce Cloud, the San Francisco company’s enterprise e-commerce platform. At Automation Anywhere, Micucci is charged with accelerating the company’s growth as it tries to expand adoption of its recently rebranded Automation 360 platform.

Meanwhile, an Automation Anywhere veteran is now leading Minit, a process mining company based in Slovakia.

“My job is to come in and join into what’s been an amazing journey so far,” Dening said. “Process Mining sits on top of all the ways businesses adjust and improve processes such as RPA, lean six sigma, low-code, BPM, consultancies, or digital transformation initiatives. It’s a precursor to all of them. Process optimization is the most exciting enterprise software space in the world today.”