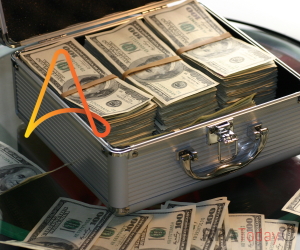 Automation Anywhere this week announced it has received a Series B funding round of $290 million, producing a valuation of nearly $7 billion. The San Jose, Calif.-based RPA provider said it will use the capital infusion to advance its work in attended automation-more complex automated tasks that require some human intervention.

The most recent funding round, combined with two Series A rounds in 2018 totaling $550 million, bring Automation Anywhere’s total to $840 million. The round also signals venture capital’s continued interest in RPA, despite a layoff several weeks ago at one of AA’s competitors that raised questions about the industry’s torrid pace of growth and its sustainability.

“Never before has there been such a transformative shift in the way we work, with artificially intelligent software bots changing how people, processes and technology interact for productivity gains,” said Mihir Shukla, CEO and co-founder, Automation Anywhere. “This new funding reinforces the promise of the RPA category and empowers our customers to achieve greater business agility and increased efficiencies by automating end-to-end business processes—bridging the gap between the front and back office.”

Salesforce Ventures led the most recent funding round, with participation from existing investors Softbank and Goldman Sachs, among others.